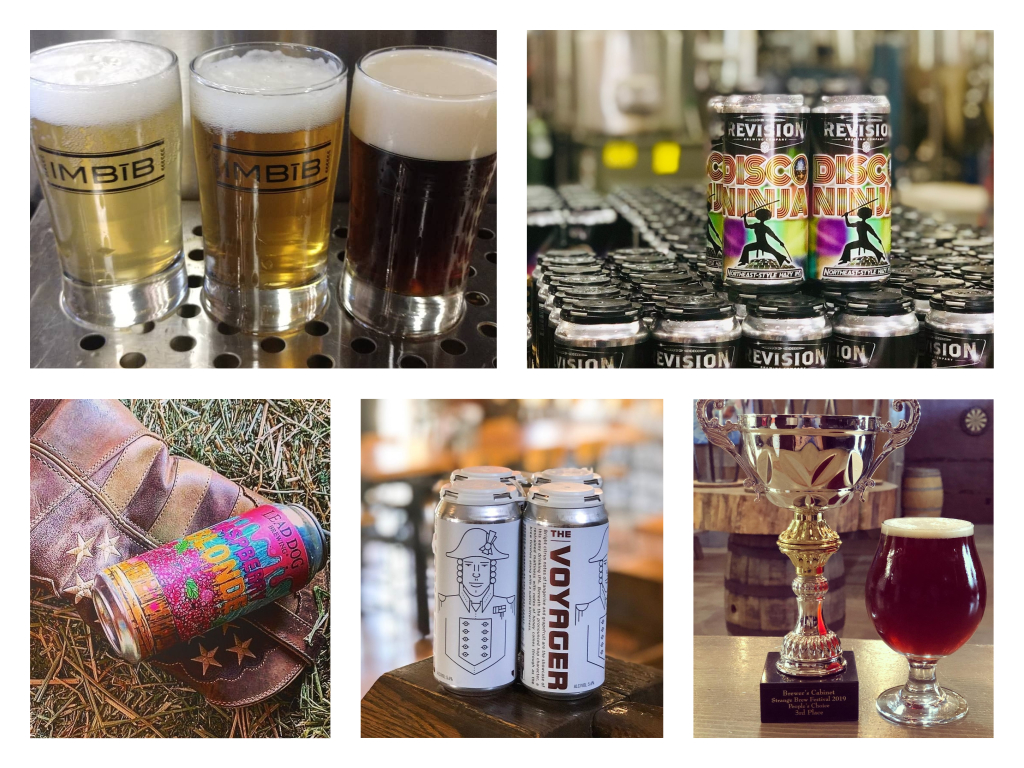 In recent years, the Reno-Sparks area has enjoyed healthy growth, a thriving economy, and a booming tech sector. Companies such as Apple, Switch, Google, and Tesla continue to make major investments in the area. This has attracted a wide assortment of smaller tech companies, too. The result? A happening local scene enriched by a fresh influx of young professionals who value active lifestyles in a community they love.

The “Biggest Little City in the World” and its surrounding communities are also in the midst of a Reno craft beer renaissance that’s contributing to the industry in delicious ways. Not only have the “dots” symbolizing Reno microbreweries and brewpubs multiplied on area maps, but many of these establishments have garnered serious industry accolades.

Here’s a rundown of five innovative, Reno beer destinations you’ve got to try. 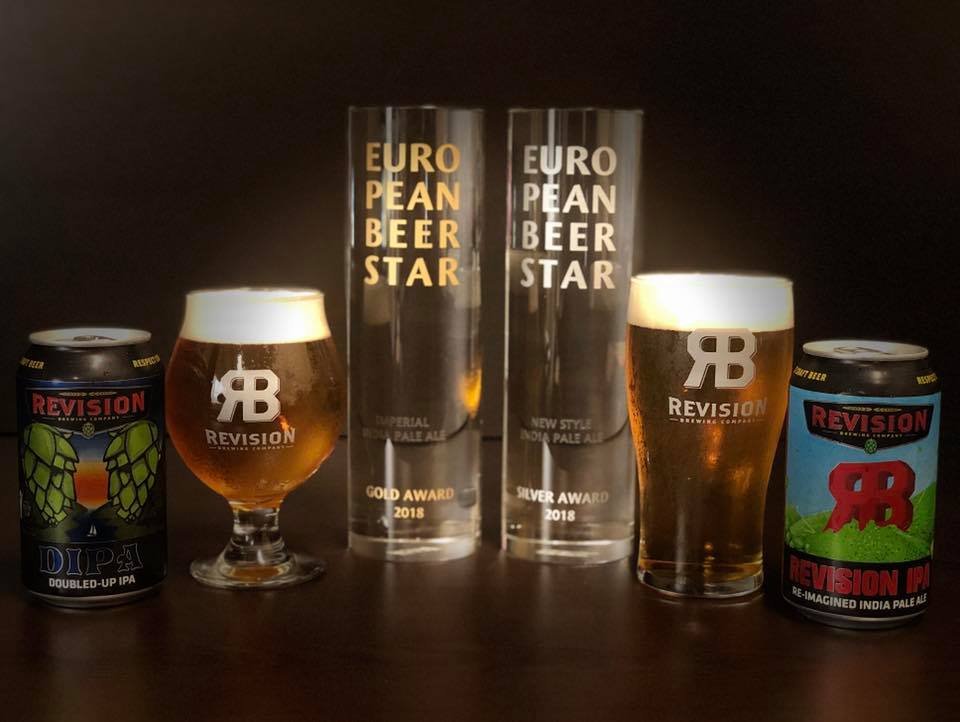 A founding member of California’s Knee Deep Brewing, Jeremy Warren has enjoyed excellent success in craft beer. Originally from Nevada, Warren returned to the Silver State an award-winning industry veteran ready to bring innovative microbrewing techniques to a relatively new market. Revision Brewing (380 S. Rock Blvd.) opened in March 2017 and by year’s end, it produced 5,615 barrels of beer with the goal of ramping up to 20,000 barrels.

Revision specializes in hop-forward, mouth-watering IPAs. But cultivating an evolutionary spirit remains a crucial part of the establishment’s philosophy, too. They’ve recently branched out into creative, barrel-aged brews, crafted to please the palate. Within a year of opening, the brewery snagged a gold medal in the American India Pale Ale category for its Revision IPA. In 2018, it’s DIPA earned a silver medal in the 2018 World Beer Cup in the best Imperial India Pale Ale category. More recently, at the 2019 U.S. Open Beer Championship, Revision’s Dr. Lupulin won a gold medal in the Triple IPA category. 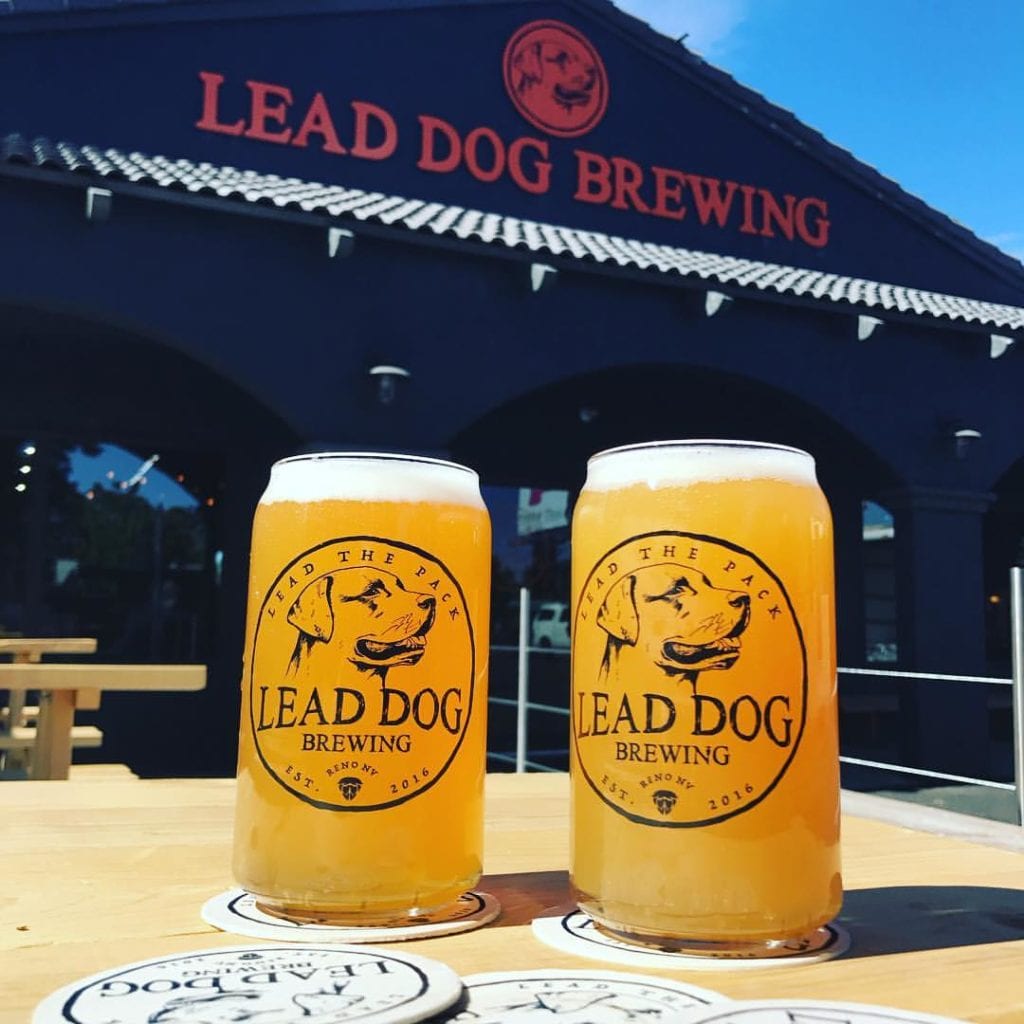 Established in 2016, Lead Dog Brewing sits nestled in the heart of Reno’s Brewery District. It boasts one of the youngest brewer-owner-operators in the industry, Ryan Gaumer. Just 22 years old when he founded the brewery, don’t let Gaumer’s youth fool you. He’s already making big waves in the industry, which isn’t surprising given his background.

Boasting eight years of homebrewing experience with his dad, Gaumer proved well-poised to make a splash. Two locations later (415 E. 4th Street and 305 E. Glendale Ave.), his establishments boast a delectable mixture of offerings including a peanut butter chocolate stout, a blonde ale, a raspberry blonde, and many rich IPAS including Lead Dog DIPA, Me Soo Hazy IPA, and Conan’s Wrath Hazy DIPA. For experimental flavors, he dabbles with a tiny fermenter, which has yielded some delightful “Wicked Ciders.” 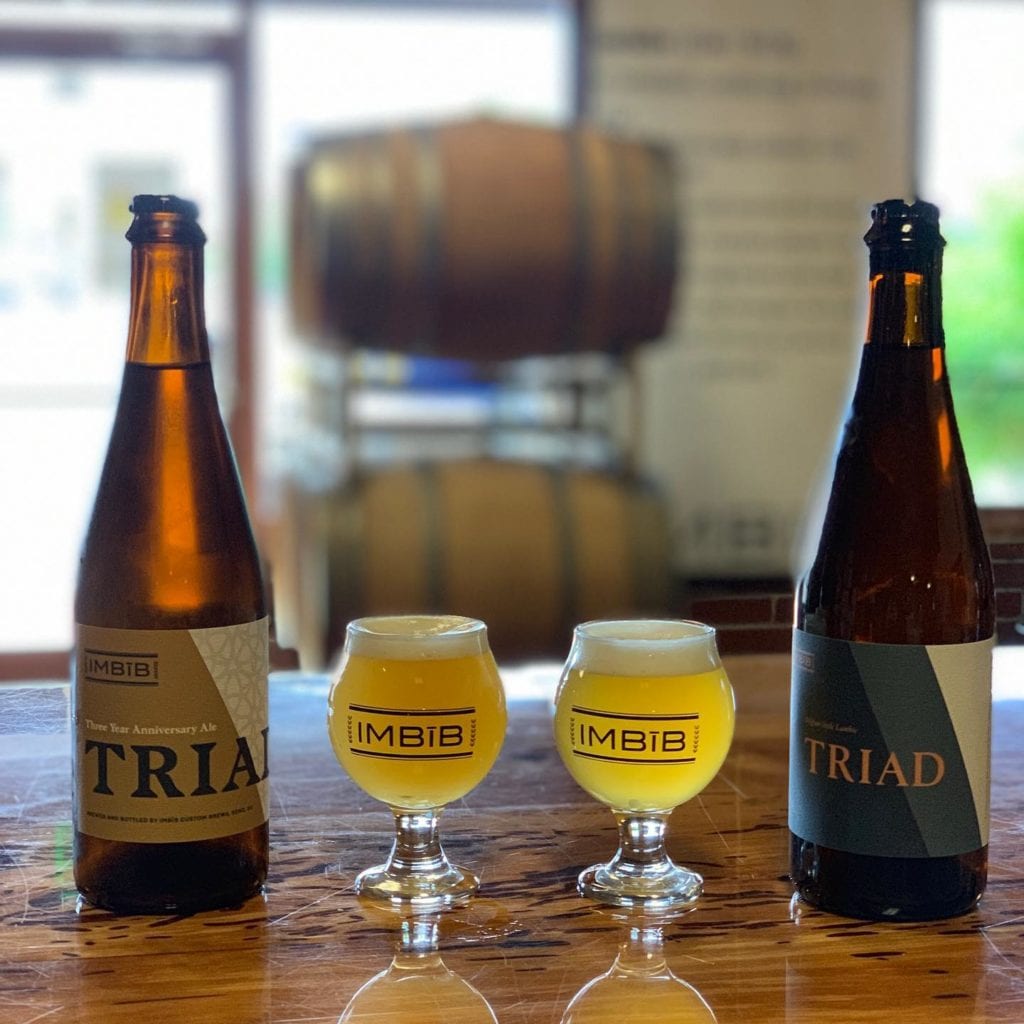 With three years of business in Reno under their belt, IMBIB Custom Brews (785 E. 2nd St.) serves up old-world, barrel-aged beers. Their menu includes everything from smooth brews to malty and hoppy varieties sure to satisfy beer drinkers of all tastes. What do the locals order? Their bold, innovative Buckwheat Braggot, crafted in a Jim Beam Barrel with Brett that’s aged for one year.

IMBIB’s brews have garnered a heap of awards since opening in 2016. Among their highest honors? Three 2018 Best of Beer Craft Gold Medals in the following categories: Belgian-Style Flanders Oud Brown Ale, Berliner-Style Weisse with Fruit, and Mixed Culture Brett Beer. 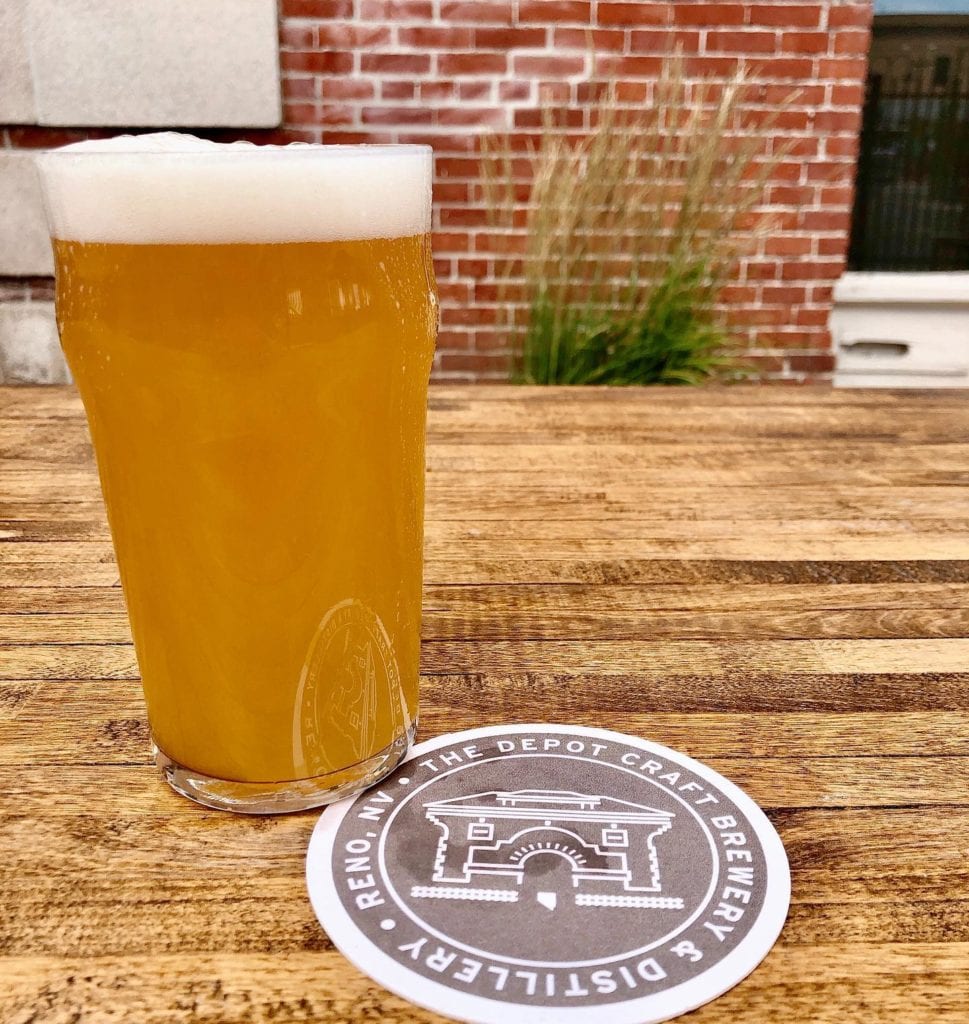 The Depot (325 E. 4th St.) wears many different hats to perfection: restaurant, brewery, distillery. Housed in a three-story brick train depot circa 1910, the building once served as the headquarters for the Nevada-California-Oregon Railway. So, it’s only fitting that today this tastefully remodeled establishment represents the heart of Reno’s Brewery District.

Relying on the same approach they used to renovate their gorgeous historic location, Depot remains firmly rooted in the legacy of the American West. This respect for tradition carries over into the Depot’s approach to crafting traditional brews, founded in bygone traditions that prove tastefully relevant. 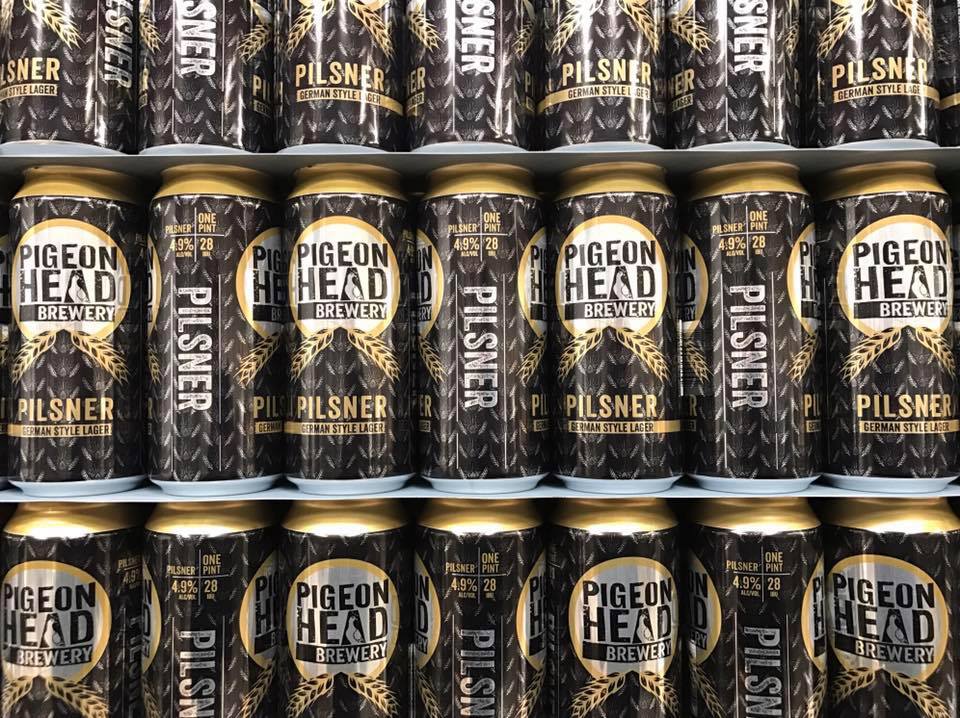 Founded in May 2014, Pigeon Head Brewery (840 E. 5th St.) started with the vision of crafting traditional German-style lagers smackdab in downtown Reno. Five years later, the brewery has expanded on its original mission. Its menu now boasts many other beer styles including pilsners, IPAs, pale ales, and porters.

Brewmaster Bryan Kenneth Holloway holds a degree from the World Brewing Academy and an International Diploma in Brewing Technology from the Seibel Institute of Technology. His lauded background and devotion to quality shine through in the brewery’s offerings. Today, Pigeon Head proves one of the best spots in Reno to sample fine lagers and unique ales.

The five Reno craft beer hotspots listed above are just the tip of the iceberg when it comes to securing a frothy mug of goodness in the shade of the Sierra Nevadas. Nevada’s oldest brewery, Great Basin Brewing Company, is renowned for its iconic Ichthyosaurus “Icky” IPA, winner of dozens of industry awards. They have two locations in the Reno-Sparks area (846 Victorian Ave. and 5525 S. Virginia St) and serve delicious grub along with their wide selection on tap.

Looking for more great places to dine and drink? Or, maybe you’ve got questions about relocating to Reno? Contact us today to find out what’s happening in Northern Nevada and why you want to be here.

1 thought on “A Refreshing Scene: 5 Hotspots of the Booming Reno Craft Beer Industry”

PrevPreviousThe Village on Sage Street: A New Take on Low-Income Housing in Reno, NV
Next“The Biggest Little Artown in the World”: Things to Do in Reno This SummerNext