What Makes Reno So Appealing? History Tells the Story 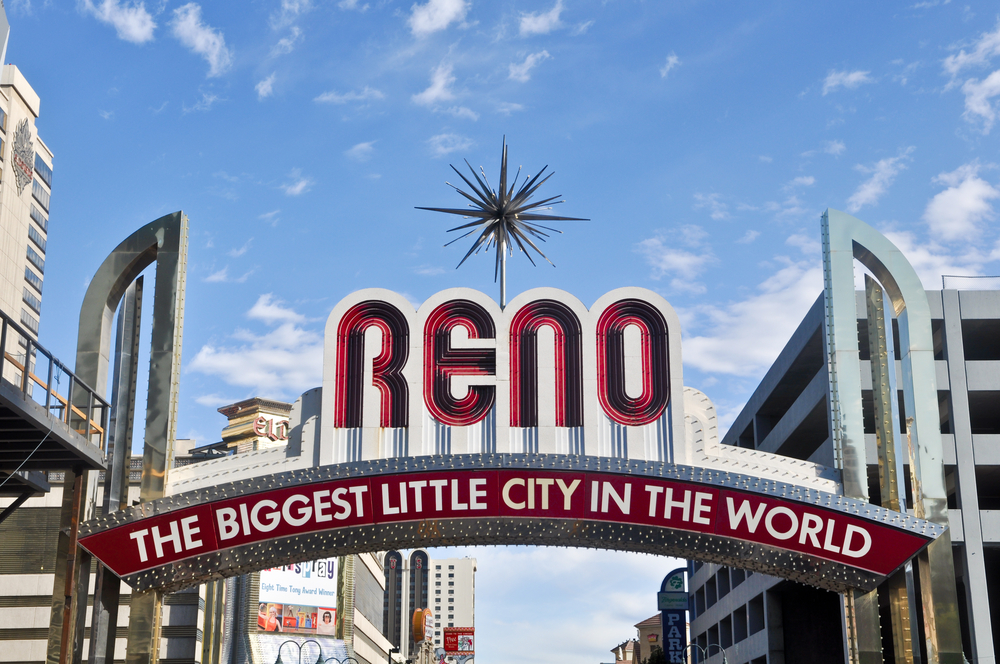 What Makes Reno So Appealing? History Tells the Story

In the State of Nevada, Reno often lives in the shadow of Las Vegas. But, regardless of its little sister status, Reno has several reasons why it’s one of the most appealing cities to live in Nationwide.

The Biggest Little City In The Word

Reno is well known as the “Biggest Little City In The World” but where did that tagline originate from? In the 1900s, the nickname arose as a result of the wide range of cosmopolitan amenities in a city of its relatively small size. (source) Big town amenities with a small-town vibe? Definitely a plus! That was as true in the 1900s as it is today. In fact, Reno takes the number one seat in the most exciting place to live in Nevada according to Movoto.com which ranked destinations on:

Sure, Vegas has more nightlife and music venues per capita than Reno—and likely, most places in the world—but when it comes to actually living in an exciting city, Reno wins, hands down. That’s because this city is not just dotted with universities, making it one of the youngest cities in the state (27.74 percent of residents were between 18 and 34), but it was also filled with restaurants. Places like the Gas Lamp Restaurant and Bar, Great Full Gardens, and of course, Old Granite Street Eatery are just a few reasons Reno ranked among the best for its number of restaurants per capita. Yes, even better than Las Vegas. It also had a bustling nightlife scene, tons of music venues per capita, and more active life options than 18 other places Movato looked at. (source)

Reno was officially established in 1859. In the beginning, Reno was known as a geographical prime spot for booming industries such as mining and agriculture. The same is still true today. The greater Reno area is centrally located in the Western United States and is within 1-day truck service to over 60 million customers and 2-day truck service to 11 States. See the Map

You can’t argue the appeal of money. In Reno, Nevada, your dollar goes further. It’s true for businesses and individuals. Here’s why:

People love a university town! Why? The culture, the youth, and the boundless energy and potential that surround them. But there are quantitative perks too. College towns offer unique benefits including a low cost of living, thriving arts programs, educational outreach opportunities that span the community, and so on. It’s no doubt that being in a university town is more appealing than not. Reno has long since been a university town.

In 1874, the University of Nevada was founded as a land-grant university, and in 1885, the primary campus was built on a rise of land overlooking Reno from the north. From its inception, the university was an integral component of the young town’s identity and contributed to Reno’s reputation as a cultural center.

Did you know that in most cases, if you move to Reno, you are considered a resident in one day? (source) How inclusive is that? If you intend to live here, the day you arrive, you may refer to yourself as a resident. As a person that has moved a lot, I feel that is very welcoming. Just the other day, I was at our neighborhood park with my 2-year-old son, Sean. There was another child there around Sean’s age and the two of them began playing together immediately. Naturally, I began talking with the girl’s grandmother. I learned that she moved here from Sacramento and her granddaughter was visiting from Redding, California. Growing up in Mt. Shasta, California, I know Redding and Sacramento well. I mentioned that I too relocated here and grew up in Northern California. I asked her how she liked Reno. Without hesitation, she said, “I LOVE IT! People here are so nice!”

It’s true, people here are generally nice. Especially if you can say Nevada correctly. Nevadans pronounce our state name with the short “a”: Ne-vă-da. Ready to move yet? Work Directly with, me, Lindsey, The WLP Remote Worker Community Liasion

Beyond that, if you are looking for some one-on-one communication, reach out to Lindsey, our Remote Worker Community Liasion. She can help you explore remote employment options and resources available to remote workers.

Work Live Play Reno Tahoe is a community-wide initiative powered by EDAWN to recruit skilled workers with all levels of expertise to join the Northern Nevada workforce. Get started by submitting your resume, browse hiring companies, and connect directly with Lindsey, the Community Liaison who will help lead your quest for employment. Working Remotely? Check out our extensive list of Remote Worker Resources.

PrevPreviousAttention Job Seekers: We Asked, You Answered! Now What?
Next5 Burgers & 5 Must-try Places for Sweet Treats in the Biggest Little CityNext