Hamilton Hiring for Hundreds of Manufacturing and Warehouse Roles 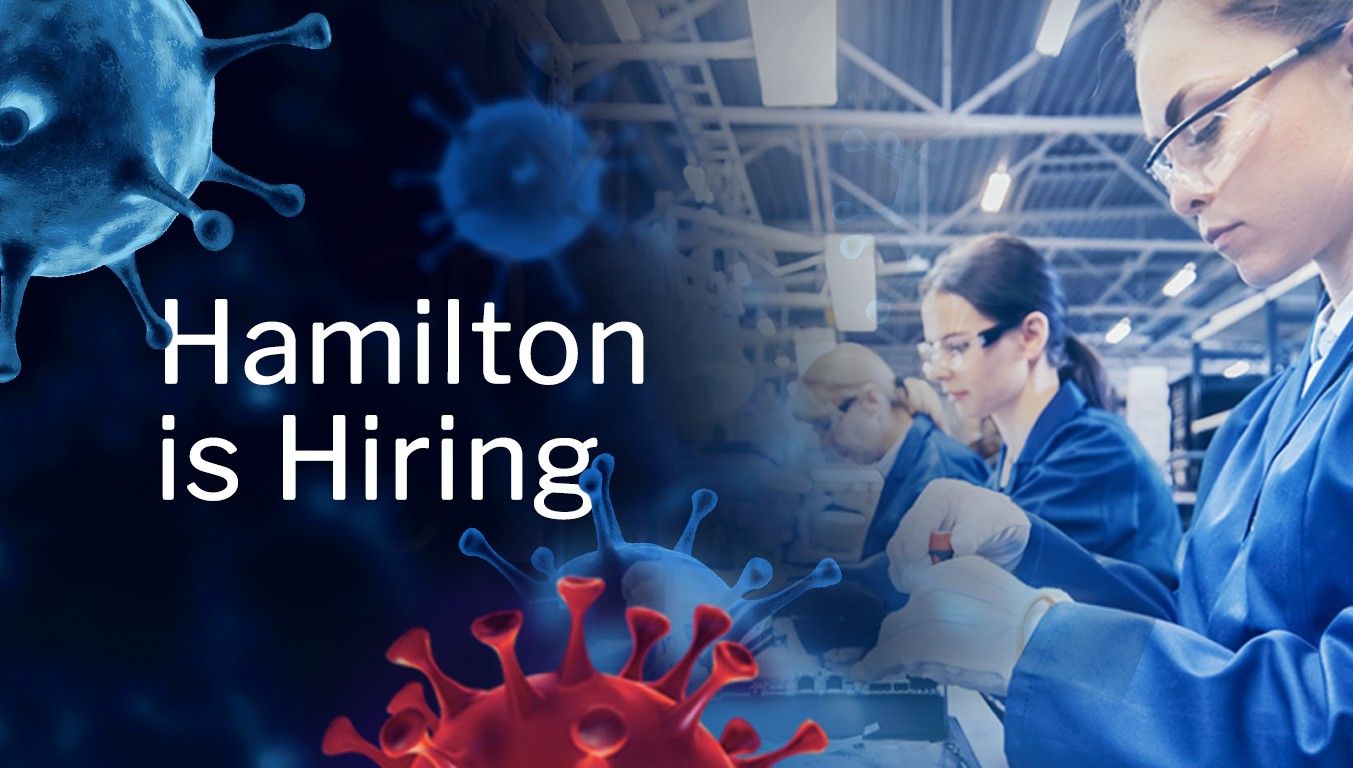 Hamilton Hiring for Hundreds of Manufacturing and Warehouse Roles

If you have manufacturing or warehouse experience, there are now hundreds of job opportunities in Reno where you can put your skills to work in the fight against COVID-19. Hamilton Medical was awarded a $551 million contract with the U.S Department of Health and Human Services as part of a national effort to boost the stockpile of ventilators. Hamilton is hiring and training hundreds of workers to join its around-the-clock efforts to produce ventilators and medical testing equipment.

While Hamilton has a rich history in Reno, the division that makes its world-class critical care ventilators is primarily based in Switzerland. Reno has been home to its import and distribution center for decades. With this contract, Hamilton brings ventilator manufacturing to Northern Nevada, making Reno home to its first U.S. factory.

The contract is for 25,574 ventilators by July 3. As Hamilton rapidly increases its production of ventilators and robotic testing equipment, the latter produced by a related Hamilton company, it looks to fill hundreds of positions. If you thrive in a fast-paced environment, now is the time to join Hamilton’s 2,500 employees already at work around the world. A variety of roles are available, including: Quality Technician, Repair Technician, Ventilator Assembler, and Process Technician.

As teams work around the clock to produce products as quickly as possible, Hamilton is ramping up its efforts to protect employees. The company is providing personal protective equipment, such as masks and gloves, to all employees. Social distancing practices have been implemented across its facilities. To help employees adhere to those practices, workspaces, shifts, and breaks have all been staggered. Sanitation practices have also been increased to keep the facilities as clean as possible.

It’s no small undertaking, but it will have an enormous impact. According to Bob Hamilton, CEO of Hamilton Medical, ventilators can cost anywhere from $5,000 up to $45,000. Reno production is an add-on to the company’s Switzerland operations, which is estimated to have between 50,000 to 80,000 ventilators already in use worldwide. Hamilton has already delivered thousands of ventilators to countries most affected, and now with the addition of ventilator manufacturing in Reno, it plans to deliver thousands more within the U.S.

This is a tremendous opportunity for advanced manufacturing in Reno. Your skills can have a meaningful impact on lives around the world. Check out the manufacturing and warehouse roles available or get in touch with our EDAWN Community Liaison if you have additional questions.