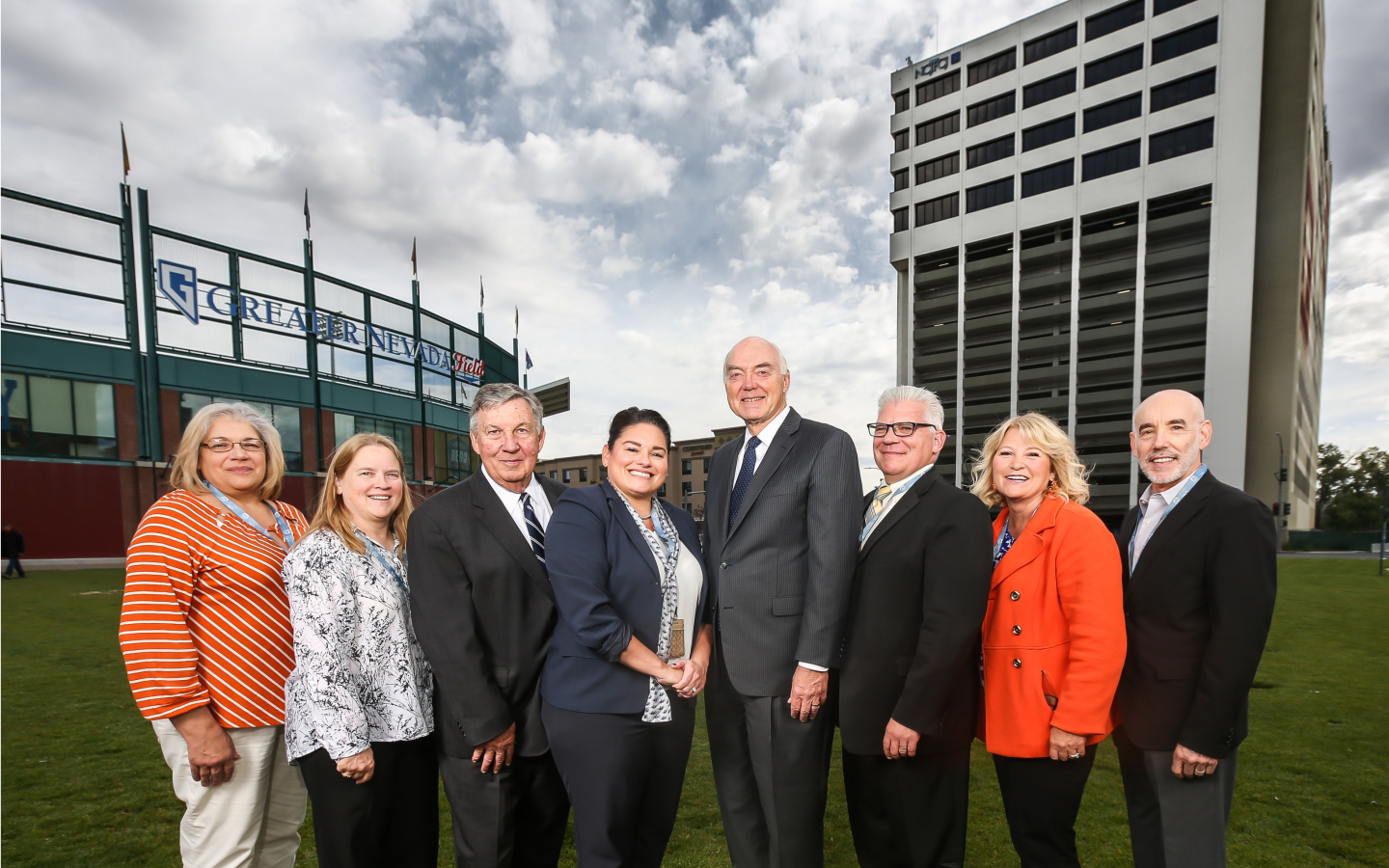 The National Council of Juvenile and Family Court Judges (NCJFCJ), established by a cohort of judges in 1937, has worked tirelessly over the past eight decades to address issues specific to the family justice and juvenile court systems. The NCJFCJ has been affiliated with the University of Nevada, Reno, since 1964. It was housed on the main campus until expanding to a new downtown Reno office in 2016. As the oldest judicial membership organization in the United States, the nonprofit serves a variety of court professionals.

At the helm of the NCJFCJ is Joey Orduna Hastings, a first-generation college graduate with deep family ties to Nevada. Read on to find out more about the NCJFCJ and how Joey remains dedicated to ensuring justice for America’s families and children.

The NCJFCJ’s Impact in Reno-Tahoe and Beyond

The NCJFCJ and its research division, the National Center for Juvenile Justice (NCJJ), keep the nation’s courts educated about issues impacting families and children. They do this through in-person training, conferences, research, bulletins, briefs, journals, monographs, and more. The NCJJ’s Statistical Briefing Book has attracted more than 400,000 digital visits.

The NCJFCJ’s impact on Northern Nevada and the nation doesn’t stop there, though. For 83 years, they’ve remained dedicated to helping families, children, and victims of domestic violence who seek justice.

In 2019, alone, the NCJFCJ trained more than 6,600 judges, judicial officers, attorneys, and other court-related professionals from across the nation. The NCJFCJ also fulfilled more than 800 requests for technical assistance. This year, the NCJFCJ received a record $14.9 million in new and continuing grant awards to improve outcomes for not only Nevada children and families but also for those across the nation, including Tribal communities.

The NCJFCJ is proud to bring its 83rd Annual Conference home to the Reno/Sparks area in July 2020. Court professionals from all over the country will be in attendance to experience all that the Reno/Sparks community has to offer.

Joey notes, “There are many benefits of bringing the national perspective home to Northern Nevada. The NCJFCJ gets to highlight what can be done to serve families in the juvenile and family court system. Reno represents such a great example of how people can come together and collaborate to make a difference. Last year, we trained almost 500 Nevada judges and professionals. These professionals work across the state, from Las Vegas to Nevada’s rural communities. This approach is a win-win for our court system.”

Woven into the narrative of Joey’s transformation from a first-generation college graduate to Chief Executive Officer of the NCJFCJ has always been the thread of service. “I was driven as a young person because I saw the economic differences and challenges that families faced, and I wanted to see healthier outcomes for children and families. But instead of taking a traditional advocacy role, I took the path of fixing systems.”

After growing up in Las Vegas and graduating from UNR and Gonzaga University School of Law, Joey’s career began with the NCJFCJ in 2001 as a court liaison and manager. Later, she held positions with the Second Judicial District Court as the district court administrator and clerk of court. In 2011, she worked as a legislative coordinator for Governor Brian Sandoval. Before rejoining the NCJFCJ, Joey also served as an Assistant Washoe County Manager.

What brought her back to the NCJFCJ? “The mission of the NCJFCJ is all about creating systems that help and support families, children, and victims. That way, they can move on to pursue healthy lives. We don’t want to keep them bogged down in a system that can sometimes feel like a no-win situation. I’d like to think, whether purposely or just by grace, I’ve been continuing to move in the direction of making things better for people.”

What does Joey love about life in Reno-Tahoe? Her passions include volunteering with the Nevada Women’s Fund (as a past chairperson of the board) where she advocates for educational opportunities for women. She has created a scholarship in her family name for first-generation students who want to pursue a career path in social justice issues on behalf of children and families.

Through her work at the NCJFCJ, she and her team contribute to several local nonprofits, including the Eddy House, an organization that helps homeless and at-risk youth, and Awaken, a nonprofit organization dedicated to ending human trafficking.

In her free time, Joey appreciates the varied outdoor experiences and social activities available in Northern Nevada, such as a delectable selection of food joints, including her brother’s establishment, Brothers Barbecue. She also loves attending concerts at the Pioneer Center for the Performing Arts, where she can catch up on the latest shows from Broadway or watch the Reno Philharmonic Orchestra.

Are you interested in learning more about life in Northern Nevada? Or perhaps you’re searching for the area’s best job opportunities? Contact us to find out what’s happening and why you should be here.

PrevPreviousThe Discovery Museum Reno: Bringing Hands-On Science and Innovation to the Public
NextThe Logistics of Living and Working in RenoNext