The Discovery Museum Reno: Bringing Hands-On Science and Innovation to the Public 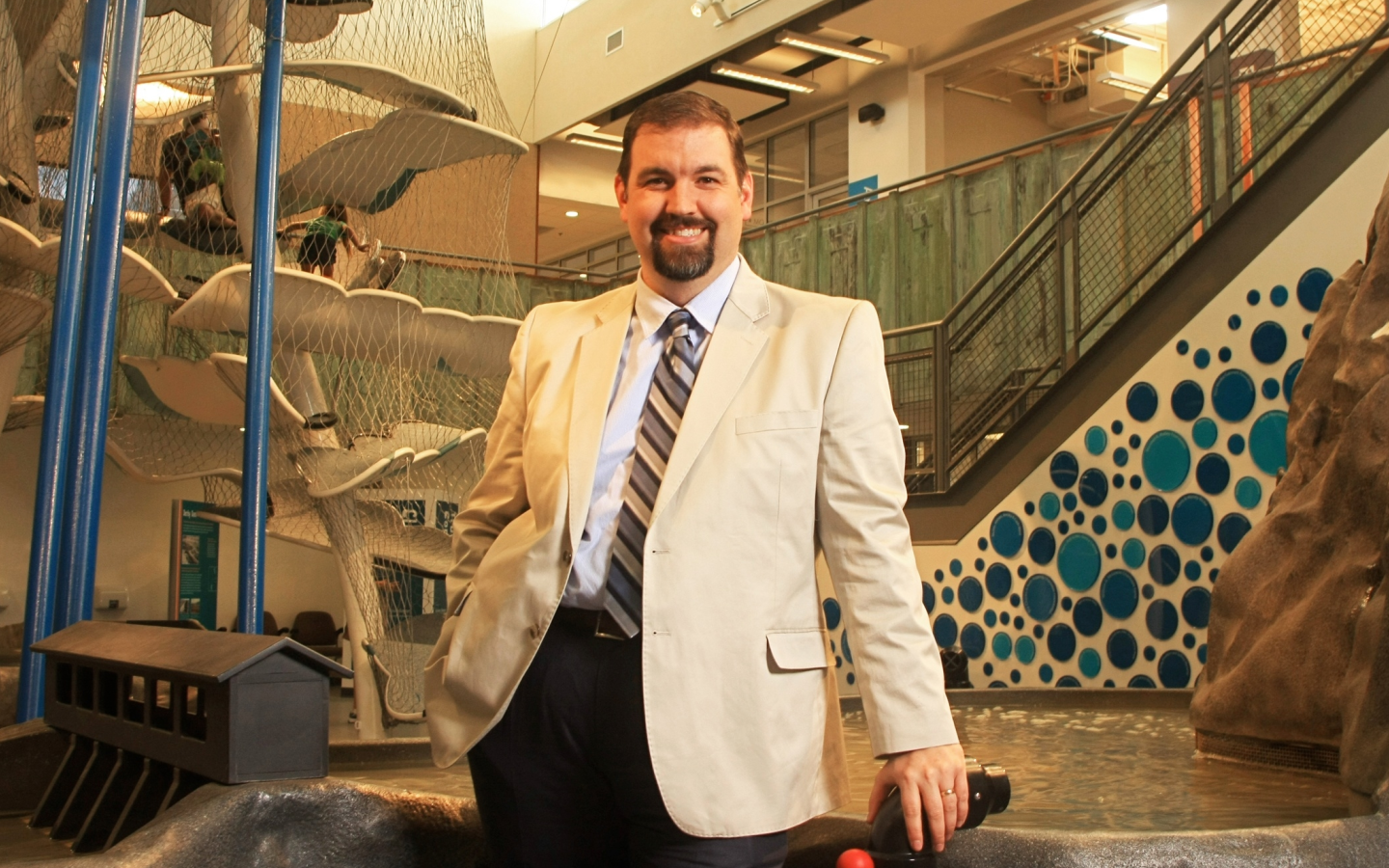 The Discovery Museum Reno: Bringing Hands-On Science and Innovation to the Public

Since 2011, The Terry Lee Wells Nevada Discovery Museum Reno has been a beacon of science and math education for Northern Nevada. The 67,000 square-foot museum in the heart of downtown engages visitors of all ages with permanent and traveling exhibits, lectures, and live demonstrations.

The Discovery is a private non-profit that remains committed to exposing lifelong learners to an ever-changing array of topics related to the themes of science, technology, engineering, art, and math (STEAM). At the helm of the museum’s transformation is President/CEO Mat Sinclair, dedicated to maintaining The Discovery as Northern Nevada’s hub for fun and learning, no matter your age.

Keep reading to find out more about his vision for the museum and why he calls Reno home.

For the Love of Museums and Education

The Discovery started as a children’s museum, but over the years, has transformed into a world-class center of learning for all ages. Mat remains committed to providing guests with hands-on science exploration opportunities. His goal? Ensuring that the Greater Reno-Sparks region remains at the forefront of STEAM education.

Originally from Portland, Oregon, Mat completed a Bachelor of Science in Sociology and a Master’s Degree in Public Administration at Portland State University. From 2003 to 2009, Mat worked as the Vice President of Education at the Oregon Museum of Science and Industry (OMSI). From 2009 to 2010, he was the Executive Director of the Hoyt Arboretum Friends (HAF). Later, as the Community Relations Director for the City of Portland, he worked to increase community engagement in the decision-making process.

Throughout his early career, Mat longed to return to the museum world and, in 2013, he started a nationwide job search for a museum directorship, specifically at a science center. Mat set his sights on large metropolitan areas with well-established science centers and soon had promising offers.

Reno was not initially on Mat’s radar. When he heard about the position at The Discovery, though, he decided to explore it further. He appreciated the idea of heading up a new facility in the early stages of development and expansion. Mat’s misconceptions about Northern Nevada melted on his first visit to the area. He felt pleasantly surprised by Reno’s growth trajectory and bright economic future. The result? He chose to make Reno his new home.

As Mat relates, “I quickly realized that this was a city undergoing significant changes, and all of the growing pains that go along with that. These changes meant an opportunity to get in and roll up my sleeves – to live and be a part of a community that’s transforming. It reminded me of where Portland was 30 years ago or Austin 15 years ago, and I realized I wanted to contribute to the next great transformation of a city.”

Unique Opportunities in the Reno-Tahoe Region

Mat also appreciated the local community’s enthusiastic support of The Discovery, from volunteering to philanthropy. “When I started, The Discovery was 1 ½ years old. I was amazed by the tremendous volunteer and philanthropic support that started it. There was no precedent for something like this in Nevada. That also meant challenges. For example, my initial workforce was not museum-trained or science-centered. Generous volunteers powered it.”

He also realized that The Discovery came with unique professional opportunities requiring a ground-up approach to crafting The Discovery into what it is today. Mat has relished the challenge.

“Before I arrived, only two employees had ever worked in a museum. It was a blank slate with all types of opportunities to build the next great science center. Instead of taking over a facility with a longstanding history that made change hard, I was starting with a blank slate. The Discovery represented a once-in-a-lifetime opportunity and a once-in-a-lifetime career choice.”

Connecting the Public with Science and Innovation

When it comes to what to do in Reno, The Discovery ranks near the top with its innovative and dynamic exhibits and events. Central to making these educational experiences possible are professional partnerships. Relationships with the University of Nevada, Reno, and the Desert Research Institute have led to exhibits and community-enrichment programs including a science and technology lecture series hosted at Patagonia’s downtown outlet. “From a corporate interaction standpoint, The Discovery is well-positioned to be a partner with the new high-tech manufacturing, science, and tech companies coming into the area.” The Discovery already receives support from Renown Health, Carson-Tahoe Health, Microsoft Licensing, and more.

Mat also notes, “We get to be the facilitator of telling great science and education stories happening in our community. We’ve worked with Click Bond in Carson City as well as been the recipient of funds from Tesla. These funds have contributed to exhibits that tell the story of sustainability through science and engineering, a perspective central to Tesla’s vision.”

What does the future hold for The Discovery? In the coming years, you’ll see the museum expand its public outreach to communities across Northern Nevada. How? By taking science education on the road. Also expect to see new exhibits, including an interactive exploration of Nevada’s natural history.

What does Mat do when not busy heading up The Discovery Museum Reno? “I’m a baseball nerd, so I love having a AAA team here.”

Mat also appreciates the fact that Reno falls into the “Goldilocks spot.” As he explains, “It’s not too small, and it’s not too big. You’ve got plenty of options for outdoor recreation and family fun. Moving to Reno came down to the quality of life available for my family and I. It’s a safe, fun, engaging city for families.”

Are you interested in learning more about life in Reno-Tahoe? Or, perhaps you’re ready to get in on a piece of the action? Submit your resume today so that our Community Liaison can match you up with the right recruiters.