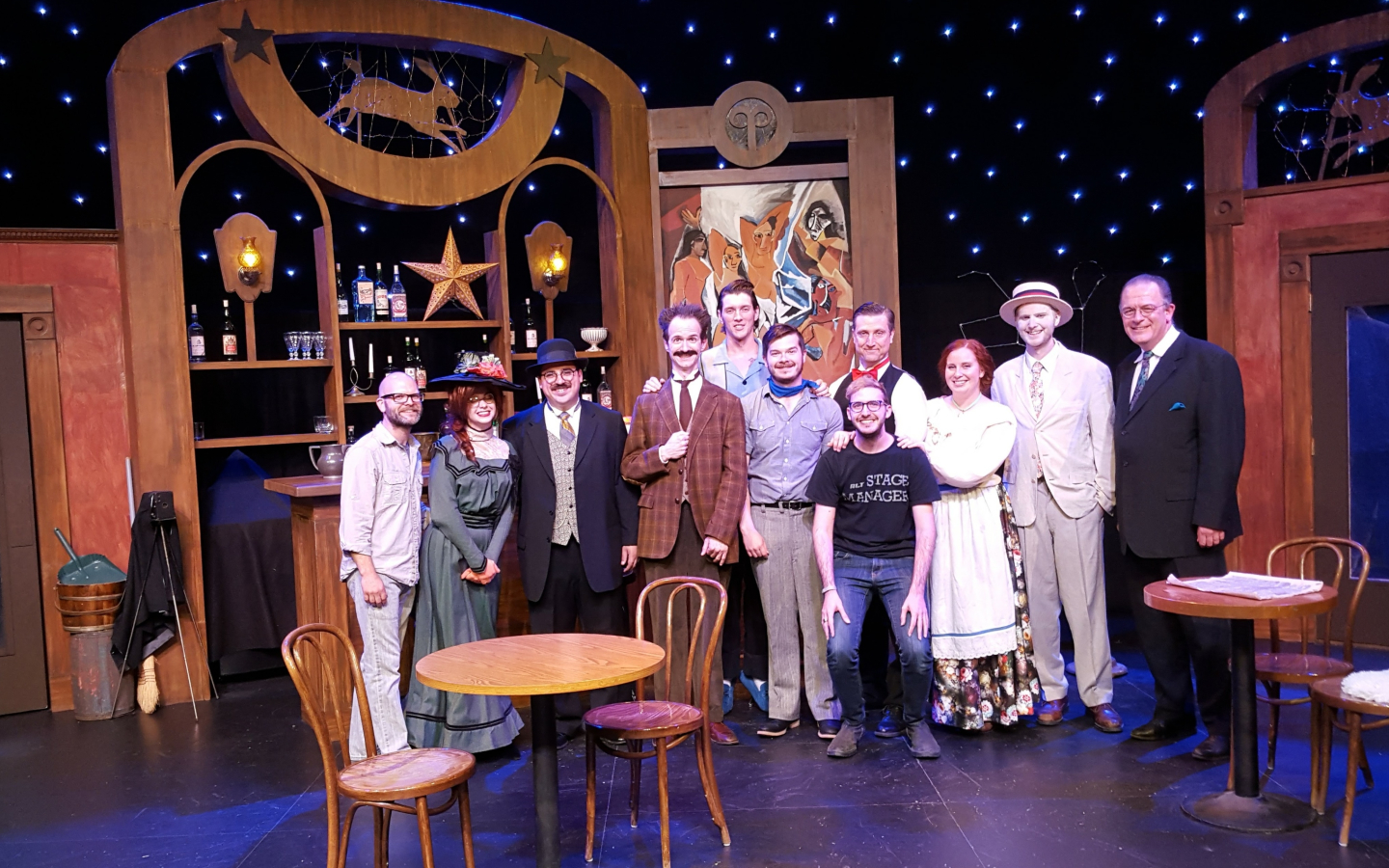 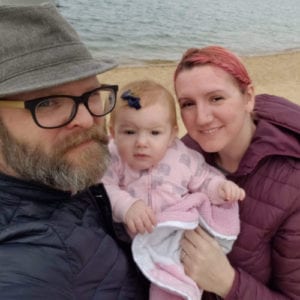 One of the longest continuously running theaters in America, Reno Little Theater will celebrate its 85th season next year. It’s an impressive accomplishment that reminds us of Reno’s legendary theater scene in the 19th and early 20th centuries. While Reno Little Theater remains Reno’s best-kept secret, its reputation and popularity continue to grow.

In fact, it draws large crowds and plays an essential role in Reno’s thriving arts community. Since 2014, Chad Sweet has been at the helm of this theatrical renaissance as the Technical Director, Resident Designer, and Production Manager of Reno Little Theater.

Read on to learn about his experiences since moving to Reno, how the local theater scene has evolved in recent years, and how Reno Little Theater continues to redefine Nevada culture.

A Full Dose of Nevada Culture 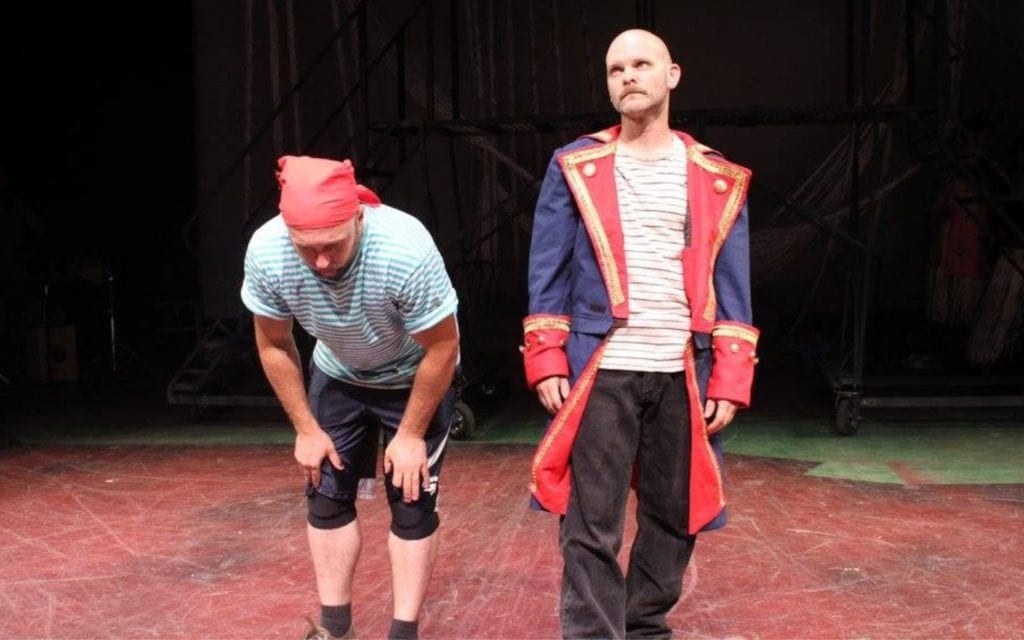 Born, raised, and educated in upstate New York, Chad Sweet graduated from Elmira College where he studied as a visual artist. When his best friend, Matt Pendola, asked Chad to move to Reno to work as General Manager of Matt’s company, Pendola Training, Chad couldn’t say no. But he put a five-year time limit on the relocation.

Over the course of those five years, Chad found himself increasingly drawn back into the arts and entertainment scene: “After traveling and painting for about a year, I decided to get back into theatre but not in Reno. I did some work in the Midwest and started auditioning in the Bay Area and Portland. But that got expensive really fast, and, by 2010, my life was in Reno, so it made sense to see what I could do here.”

In 2011, Chad became the Producing Artistic Director at Good Luck Macbeth, Reno’s newest theatre company. He guided the company through a beneficial relocation to a promising neighborhood on the rise, the Midtown District. “That was a game changer for the company. It didn’t take long before the business had righted itself, and we were doing some good work. I think we were able to push the boundary a little about expectations for local theater.”

Three years later, Chad moved from Good Luck Macbeth to Reno Little Theater (also in the Midtown District) where he remains today. The growth he has witnessed during his time at Reno Little Theater is impressive: “We went from a staff of zero to six full-time employees, audience growth has been between 10 and 14 percent each season, and our annual operating budget has ballooned from $38,000 in 2012 to just shy of half a million dollars this season.”

Chad credits this growth to a number of factors including Reno’s supportive community, the potential of the live theatre industry, and the amazing team at Reno Little Theater. “There’s the incredible work of our staff, especially Executive Director Melissa Taylor, our board of directors, and our tireless volunteers many of whom have been supporting Reno Little Theater for decades.”

Not only has the theater grown in recent years, but audiences have come to love and trust the brand. “As evidenced by our strong subscriber base and continued audience growth, people know that whatever they come to see at Reno Little Theater will be a great experience. They might not like a script per se, but they know that from buying a ticket to getting a cocktail at concessions, to the actors and production values, they will walk out having enjoyed their evening.” 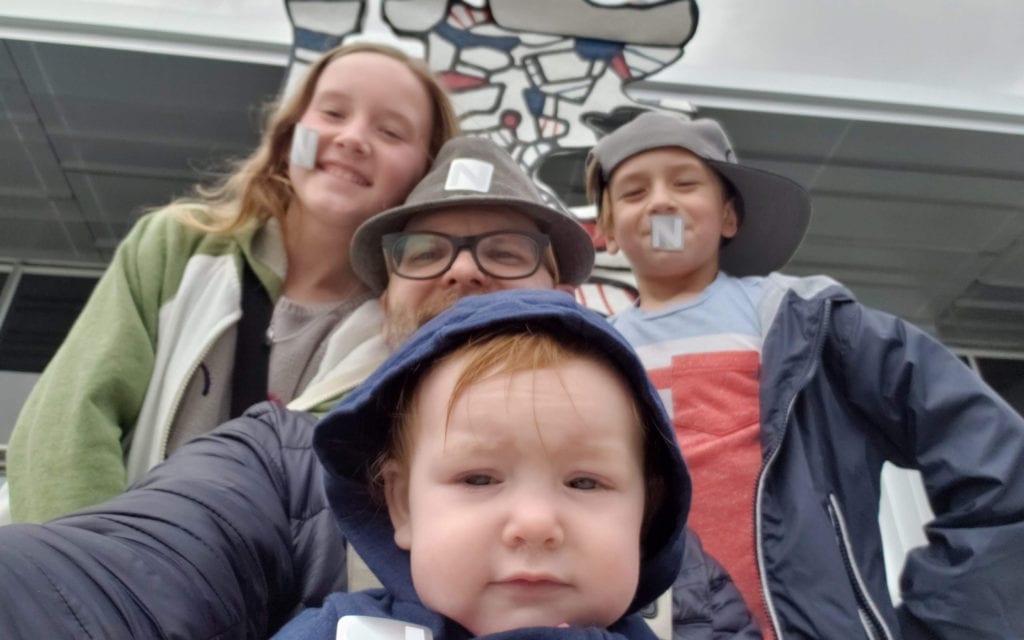 Reno Little Theater enriches the local community in countless ways. The theater offers adult and grammar-school drama classes, a children’s theater, and play-writing competitions. Having logged more than 5,000 performances over the years, Reno Little Theater continues to offer a variety of productions from musicals to comedies, mysteries to suspense.

The theater also offers dynamic summer camps for kids and the Reno Storytellers Project, which will explore a variety of themes this season from fresh starts to parenting and outdoor adventures.

At a seating capacity of 100 with affordable ticket prices, Reno Little Theater fosters an intimate experience that brings the wonders of live theater to life for audience members of all ages. Along with Good Luck MacBeth and the Brüka, Reno Little Theater will ensure that the local theater scene continues to flourish and expand.

Life and Art in Reno

Chad has found Reno to be an amazing place to explore and expand in the theatre industry. “The thing I love about being an artist in Western Nevada is that there is a freedom here that is hard to find almost anywhere else. Even the Reno Little Theater at 84 years old continues to look at ways to reinvent.”

But his love of the area doesn’t stop with art. “The weather is incredible. Nothing beats Reno’s summer nights. The people are friendly and always open to hearing great ideas or just chatting about the amazing coffee, bars, and restaurants! The biggest problem the arts community has is there is always too much going on! But everything is so accessible.”

Ready to learn more about Reno’s vibrant theater scene and the Midtown District? Contact us today to find out what’s happening in Reno and why you want to be here.